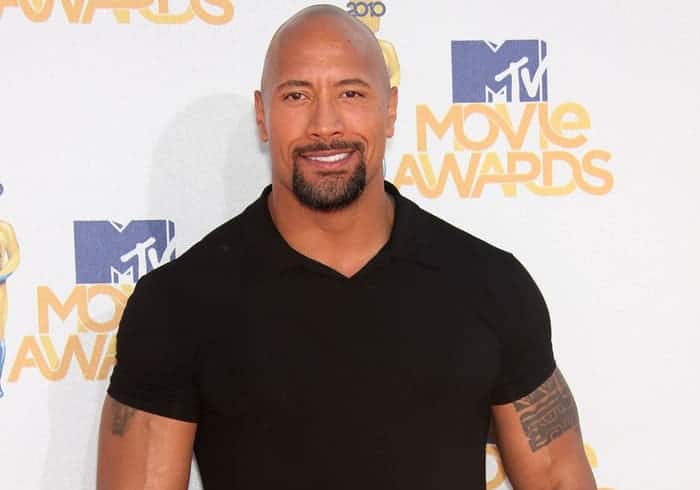 The tequila business is booming right now and celebrities far and wide are jumping all over this exciting trend. And because of all of the celebrity tequila brands popping up left and right, there are more types of mezcal and tequila on the market than ever before.

Undoubtedly, you’ll recognize many of the extremely popular celebrities currently promoting their very own tequila brand. And maybe you’ve even tried one or two of them so far. If not, you can use this list to test out the top celebrity tequila brands currently dominating the market today.

Teremana by Dwayne “The Rock” Johnson

The Rock recently launched Teremana in 2020. With movie making put on hold because of the pandemic, The Rock likely had some extra time on his hands so he decided to finally launch the tequila brand that he’s been dreaming about for many years.

Actually, I’m kidding. His ex-wife Dany Garcia actually filed a trademark application in 2018 to begin the process of starting this new tequila venture.

The name is Polynesian and comes from The Rock’s native culture. It means a supernatural and spiritual essence and objects, animals, and human beings.

Is his tequila just as potent? Is it filled with exciting spirits that tickle the tastebuds and make you feel a little tipsy?

I'll add that I'm about to post a review of this brand, and although I really look up to Dwayne Johnson and idolized him as a kid, this review isn't really going to do him any favors.

Thiscelebrity tequila was first launched in 2009, and it’s definitely one of the longest tenured tequilas on this list.

It turns out that launching a tequila is a great idea, because Tequila Newton Brewery, Beam Inc. and Timberlake teamed up to produce an incredibly tasty and perfect tequila in this exciting celebrity niche.

The interesting thing about Timberlake is that he’s quite entrepreneurial in his actions. He started out as a popular singer, transitioned into acting with middling success, but really shines in his entrepreneurial ventures. He has a clothing company, owns part of an audio tech company, and he’s also a very successful tequila entrepreneur.

Oddly enough, Timberlake no longer owns this tequila brand. He sold it to Suntory Holdings, a Japanese drink company, back in 2014 and they completely took over the brand. In fact, Sauza was later renamed Sauza 901 after the acquisition was completed.

Interesting tidbit: the 901 in the name is actually the area code of Justin Timberlake’s hometown.

It shouldn’t surprise anyone to learn that Sean Puffy Combs created his own tequila brand. He was very successful lending his name to Diageo’s Cîroc vodka back in the day and the companies sales increased by 40-fold.

This tequila was first launched in 2009, and its many expressions retail anywhere from $30-$359 per bottle.

Like Timberlake, Combs is also an incredibly successful musician turned entrepreneur. He has a successful clothing line, an exciting music career, and many other business ventures as well.

Country music star Toby Keith launched his mezcal brand in 2011 to much fanfare and great success. The current price of his mezcal typically costs around $40 per bottle. Instead of going with traditional tequila, he opted for mezcal, which is actually cooked within earthen pits and lined with wood and lava rocks to create a distinct and delectable taste.

If you listen to Toby Keith’s music, you’ll hear that he’s written about Mexico quite a bit. And even though most people didn’t know about it at the time, Keith decided to bring mezcal to a much bigger audience in the US. Even though this type of tequila dates back to the 16th century – and warriors drank it in celebration when defeating their enemies – not many people knew about it at the time.

Yes, even George Clooney got in on the act. He developed this delicious tequila in 2013 and founded the Casamigos brand with his good buddy Rande Gerber, Cindy Crawford’s husband.

After creating their tasty brand, they only gave it to friends and family for the first two years. Since then, they launched it to the public in 2013 and it now sells in more than 20 countries around the world.

On a side note, Diageo recently bought the brand from Clooney and Gerber for $1 billion.

I'll do my best to update this list as more tequilas and mezcals are backed by celebrities.  Please leave a comment if you see any omissions that I need to add and I'll gladly make that happen.

While I haven't posted any reviews of any of these tequilas yet, I've sampled many of them.  As an Entrepreneur myself, I'm all for people branching out and using their clout to make money.  However, when it comes to celebrities starting tequila brands, let's just say I'd rather that celebrities stay in their lane and do what they do best and let the experts produce, distill, and market tequila.