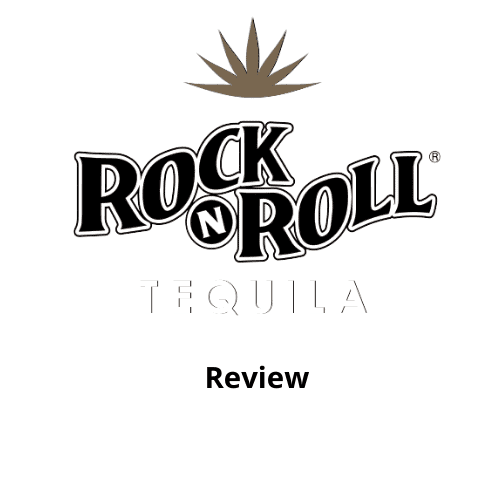 I'll be the first person to say that it definitely pays to be contrarian.  In fact, in my book, Amplifying Average, I wrote an entire chapter about contrarian thinking and how it's led to many wins in life.  In this Rock N Roll tequila review, I'll cover everything from the highly unique guitar shaped bottle, the tie into rock and roll music, and most importantly, the actual juice!

This brand was created by a former music producer named Andy Herbst, who went to Jalisco, Mexico, in search of a premium tequila.  Along the way he met Jose Aceves, a third generation master distiller at Casa Aceves Spirits.  The company website doesn't give a lot of details to when this brand came about, but they did state that a “new era” was ushered in by “The Foxx Group” in 2017.  A quick Google search to check on the history and business dealings of the Foxx Group came up empty, so little is known about their experience in marketing tequila brands.

What I do know is that Rock N Roll tequila has a strong presence in South Florida. I first came across it at none other than the Hard Rock Casino & Guitar hotel in Hollywood, Florida.  It's rather fitting that the guitar shaped bottle would be showcased at a destination known not only for it's guitar shaped logo, but now it's Guitar Shaped Hotel!

In addition to being available at Florida's premier casino, I've also seen it on Fort Lauderdale's famous strip, Las Olas.  Casa Sensei, an upscale Latin Fusion restaurant that never disappoints, also has it on display.  As goes for Bar Rita, which is just southwest of Las Olas in Fort Lauderdale as well.  In the upscale city of Weston, you can find it at Hooters, and just south of there in Pembroke Pines, you can find it at fine dining establishment Brimstone, the Village Tavern, and even in the Bokampers Sports Bar in Plantation.

Sorry for the rant to all everyone outside of South Florida, I'm just giving some color on how mainstream this tequila is being distributed.

Where Can You Buy Rock N Roll Tequila?

The good news is, if you live in Florida like I do, you will have no issue finding this brand. As of Spring of 2021, Rock N Roll tequila has the following distribution partners:  Southern Glazer's Wine & Spirits, RNDC, Martignetti Companies, and Fedway Associates.

However, outside of Florida, Oklahoma, Massachusetts, Rhode Island, and New Jersey, you will have to buy online.  Old Town Tequila has it for sale.  It also does have some International distribution through Southern that services the Caribbean and Canada.

However, after speaking with a brand representative, there are current plans to have an eight state expansion thanks to Southern Glazer's Wine & Spirits that will increase the national footprint as well as add availability to the Southwest and Mid Atlantic.  Stay tuned for further updates.

I've checked out NOM 1499, called “Casa Tequilera de Arandas, S.A. de C.V.” and there are many tequilas made there, but the only ones that I see with a lot of visibility are Mijenta, which is a very good brand, and Volando, which I haven't sampled yet.

Cooked in an autoclave in the Jalisco Region of Los Altos (Southern), this tequila is triple distilled in stainless steel pots.  The 40% ABV is an anejo tequila in the increasingly popular cristalino tequila form, which I urge you to read about on this page if you don't understand what that is.  Many people think that because this tequila is clear that it's a blanco, but it's an anejo tequila.

I scoured the web for Rock N Roll Cristalino reviews to see what people were saying about a week after I sampled it and wrote down some notes. I was shocked that it didn't have a large footprint online with a lot of the larger websites and personalities that are known for tequila reviews.  For the price of $49.99, (or less, depending where you shop) this is a very affordable tequila so I'm sure over time we'll see many more people talking about it.

Since this is barrel aged for a full year, you'll get plenty on the nose here.  Rich agave, vanilla, caramel, and even some chocolate.  The company website notes that there is some coconut as well as fruity hints of “orange, peach, and cherry,” but I didn't pick up on that.  Perhaps on another tasting I'll let it open up some more before sampling.

I'm getting a lot of cooked agave along with the vanilla and caramel.  Cedar and citrus also make an appearance.  I tried to find out what others were saying, but there was limited information and most of the reviews echoed what the brand's website stated, verbatim.

Above you'll find the production details for this tequila. Coming soon, a full video review on my YouTube Channel, Tequila Tales.

Rock N Roll offers two other expressions at this point in time.

Haven't sampled this one yet.

Mango is an interesting offer, and I've seen it in drinks at places I mentioned above in Fort Lauderdale.  I'll definitely be updating this review with information once I sample any tequila drinks with the mango infusion.

I'll be honest, the whole “rock and roll” theme coupled with the guitar had me not really wanting to like this tequila. It seemed gimmicky, tacky, and something that was a total marketing reach.  That's just my old school mentality as I like the traditional agave logos and marketing that points to the source:  Jalisco.  However, I have to say that the actual juice is a very good value for the price and the marketing angle is growing on me.  Nothing says “rock star” like boozing all day on tequila, and this brand delivers a solid product in a very collectible bottle that you anyone can afford.

What is Single Barrel Tequila?