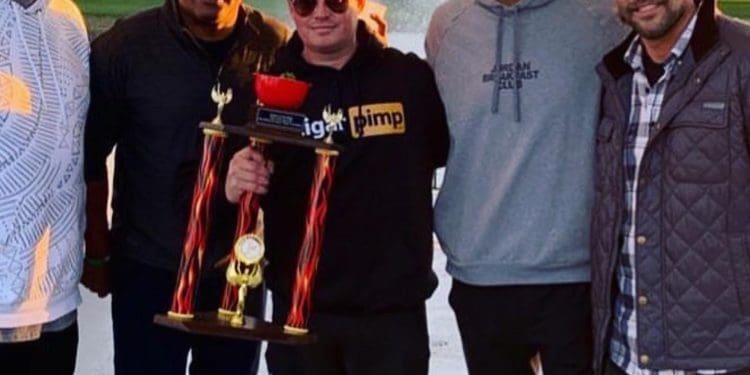 This past weekend I participated in the second annual Chili Cook-off benefitting the Jason Taylor Foundation at Smoke on the Water Cigar bar in Weston, Florida.  After entering a VERY spicy chili last year that made the judges sweat, I learned from my mistake and took home both the People's Choice award as well as the Judge's top rated chili!  Aptly named “The Devil's Garden,” my chili has a lot of spice derived from Italian sausage and seven varieties of locally sourced fresh peppers.

Smoke on the Water 2nd Annual Chili Cook Off Details

After a wildly successful trial year, the team at Smoke on the Water once again partnered up with Dolphins legend Jason Taylor to run back an amazing event full of love, laughs, and some well thought out chili entries!  Many cigar reps not only participated in the event, but also generously donated items to ticket buyers, with all proceeds benefitting the Jason Taylor Foundation, which creates programs that facilitate the personal growth and empowerment of South Florida’s children in need by focusing on improved health care, education and quality of life.

This year there was a panel of celebrity judges who tested 21 chili's and took notes to judge flavor.  The panel included athletes, restauranteur's, and Jason himself.

The event featured ticket prices of many levels which offered varied access to cigars and drinks, but they all allowed unlimited chili!

Every entrant had their own take on chili, with varied amounts and types of protein, spice, and choice of garnishments.

When it was all said and done, there was an unprecedented winner in both categories, (People's Champ and Judge's Choice), and that was yours truly.

An official video with more highlights will soon be uploaded to the Tequila Tales YouTube Channel.

A special shout out is necessary to all the people who make Smoke on the Water the premier Cigar Lounge in South Florida, especially Dan, Larry, Carlos, and the whole crew.  Teaming up with the Jason Taylor Foundation has proven to be a winning formula to get 100's of people, including many celebrities, up to participate in memorable charity events that bring the community together.

We'll look forward to running it back next year, perhaps with an all new recipe to keep people guessing.  🙂